VISA has announced their new electronic wallet will be rolled out this autumn. http://corporate.visa.com/media-center/press-releases/press1124.jsp

For some reason the press has taken hold of a very small part of this electronic wallet announcement, the NFC at the POS part, as the only important point of the press release. A Wired News writer added his own embellishments to reality in his article as well stating that one merely waves a phone near a point of sale terminal to conduct a transaction and that there are only a few phones available with NFC so far.
NFC does not work well if you only wave the device near a point of sale terminal, especially if it is embedded in a phone. You must tap the NFC reader, sometimes for a second or two. In the US there is only one NFC phone available, not a few. Google announced yesterday that their engineers were having a difficult time getting their Nexus S, NFC phone working with the NFC readers that they are planning to pay for and roll out in New York City and San Francisco. Apple also announced yesterday that they would not be incorporating NFC in the iPhone 5. (A smart move).

So, time for another reality check.


I suggest reading the VISA press release if this is an interesting topic for you. Then when you read all the flowery and over the top articles in the trade publications you will have a more realistic perspective on what is really being planned by VISA. I suggest going to the source as often as possible. Press releases are usually flowery enough without embellishment.


NFC as a transaction data transport medium is coming. But it is not coming as fast as the mobile operators or other invested parties would like you to believe. That is hype and propaganda. ISIS is backing down from its grandiose claims and blaming the Dodd Act. The fact is that NFC is not an easy technology to implement on a large scale and, especially, in mobile phones. Open loop systems also have their own problems for NFC as well. Trials will come and go. Some will be successful and some will not. NFC phone trials will be costly because end users in a trial will need to be supplied with NFC enabled mobile phones and merchants will need to be supplied with NFC readers. NFC microSD card trials are also problematic since the microSD cards are very picky about where they are placed in a phone and how they are tapped to the reader. They also do not provide the added value services necessary for a real and profitable NFC experience.


NFC will proliferate step by step. All divergent flavors of NFC will finally merge into one standard in the next year. More phones will become available in 2012 and 2013. Other NFC devices will make their appearance in the next 2 years as well. Users will start upgrading their phones to NFC phones in 2012 to 2015. Issues between banks, credit card companies, mobile operators, payment processors, handset manufacturers and others will be worked out. First in Asia, then in Europe and then in the US. Press releases, hype and propaganda will be replaced by real paid advertising by the major players in 2012 and 2013. One or two companies will roll out real NFC installations with all the great added values NFC brings to the market in 2012. But this will not be with SD cards, SIM cards or NFC phones. These genuine NFC installations will be the real motivator for NFC adoption. Hype is just propaganda and will not move the market in the long term. Reality will eventually settle in and the press will express their disillusionment as quickly and as strongly as they expressed their excitement.


Watch for those companies that are based on good solid understanding of the markets rather than those who try to surf every new wave of hype that appears. 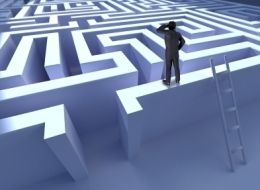