Will Greed and Hubris Sink NFC and Mobile Phone Payment? 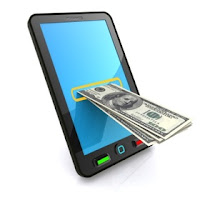 If you live in the NFC and mobile payment universe like I do, you hear news every day of new trials, technologies, reports, analyses and opinions. If you live in the normal world of everyday cash and cards you only hear about the coming of ‘Paying with your mobile phone’ in the near future. If you live in ‘normal world’ you might even tap your contactless credit card to a contactless terminal once in a while. You might tap your mass transit pass against a reader. If you are a first adopter and living in Tokyo, Japan or Nice, France you might have a NFC or contactless sticker attached to the back of your phone and use it as your mass transit pass. But, for the most of the developed world, NFC is an unknown term and paying with a mobile phone at a point of sale terminal by tapping that phone is not even a consideration.


I have been involved in the mobile transaction space since 1999. Long before NFC even existed. I have watched the evolution of technologies that have led to the realistic possibility that we will be able to conduct secure transactions with our mobile phones and other mobile devices. I designed a mobile transaction system in 1999 that provided incentives for every player in the food chain to participate in the vast mobile transaction ecosystem. It was a great vision but naïve. It did not take into consideration the level of greed and hubris inherent in the corporate cultures of the mobile operators, banks and credit card organizations. I factored into the system design a certain level of self-serving greed on the part of each participant in the transaction ecosystem but I had no idea to what level that greed could rise. I also did not consider the amount of hubris the individuals in these companies were capable of. 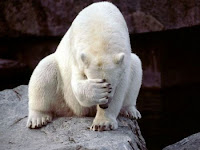 Now I am observing the vision of a ubiquitous mobile transaction and customer service/loyalty system be completely devastated by those who have pushed themselves out into the forefront of the NFC/mobile payment herd. This is not the first time this has happened to a technology and will not be the last. But it is disappointing to see a technology and vision of such great potential to change the world be twisted into knots and be turned into a failure.


Because of the insistence by mobile operators that a secure element be embedded in the SIM card the transaction time is now too slow for use as an Oyster Card for London’s mass transit system. Due to the greed of issuing banks and mobile operators, only one credit card can presently be included in an NFC phone. What problem does that solve? Due to lack of vision and hubris the major players in the NFC race do not insist on bi-directional communication through the NFC reader at the POS so that coupons and offers can be transmitted back to the mobile handset during the transaction. Instead the mobile operators cheer at the prospect of SMS revenues when coupons are sent via SMS, never considering that this only removes an incentive for a merchant to add the NFC terminal to their POS in the first place. The examples go on and on and are too numerous to be addressed here in a short article.


Instead of true cooperation we are offered a self-serving vision provided to us by ISIS or Google. Visions limited in scope by their inexcusable inability to understand transactions from a human viewpoint as well as by their greed and hubris which blind them to that understanding.


As I write this article there are new technologies being tested that appear to be more secure, faster and even better for transactions than NFC and contactless. It is likely that by the time we see a mass rollout of NFC phones, NFC will be supplanted by one of these new technologies. I am confident that these same players will be able to screw this up as well.


Mine is only one voice in the universe of mobile transactions. I do not claim to be the only expert in the field by any means. But I am one of them and am an excellent observer and forecaster with many years of successful and accurate prognostication. So let’s see what happens next. It will be interesting.